Where o’ where is Sen. Rubio?

He hasn’t held a town hall since 2018, but still finds time to pursue his presidential ambitions. This week, Sen. Rubio is fundraising in Iowa while his own state is grappling with a resurgent COVID crisis.

When Sen. Rubio actually does show up, he consistently votes against the best interests of Floridians. He voted to give tax breaks to large corporations and the ultra wealthy, and to end the Affordable Care Act, which would have stripped health care access from millions of Floridians.

Sen. Rubio also voted against bipartisan infrastructure legislation that will create thousands of good paying jobs in Florida and voted for massive cuts to Social Security and Medicare. 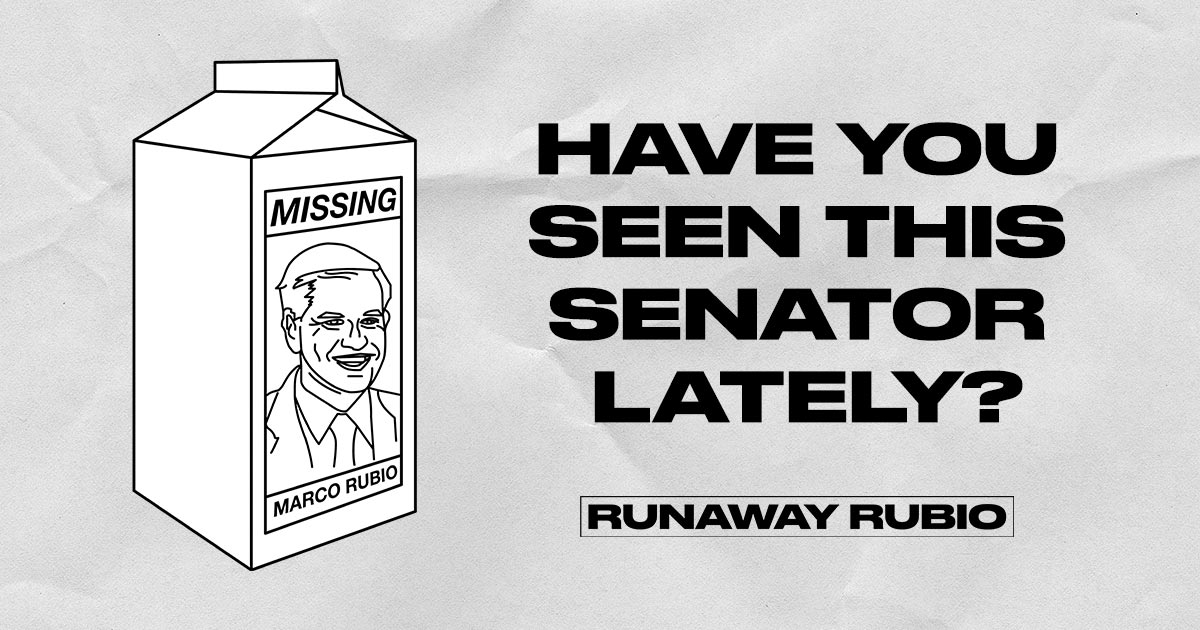 We’re not sure where Marco Rubio is but it’s clear he’s focused on one thing: furthering his own political career. Sen Rubio’s primary ambition is to be president, not to fight powerful special interests and helpFlorida families with the real issues we face every day.

Marco Rubio has refused to hold a town hall in Florida in more than three years, ducking his constituents while consistently working against their best interests.

Florida needs real leadership in Washington, not a senator who’s missing in action. Marco Rubio was elected to serve the people of Florida, not himself.

Thanks for all you do,

Mark and the Progress Florida Team