Gov. Ron DeSantis raised your taxes. Near midnight on April 19, with no cameras around or staged fanfare, he signed into law a new tax that will cost Florida consumers an estimated $1 billion a year. And instead of using this new revenue to help Floridians get health care coverage, build affordable housing, cleanup polluted waterways, or improve neighborhood schools, DeSantis' new law uses the new taxes we will all now pay to cut taxes for wealthy corporations.

That’s right: Gov. DeSantis and Florida Republicans increased taxes on everyday Floridians so they could give big corporations a tax cut.

Watch this video to learn more, then share it on social media to help us spread the word. 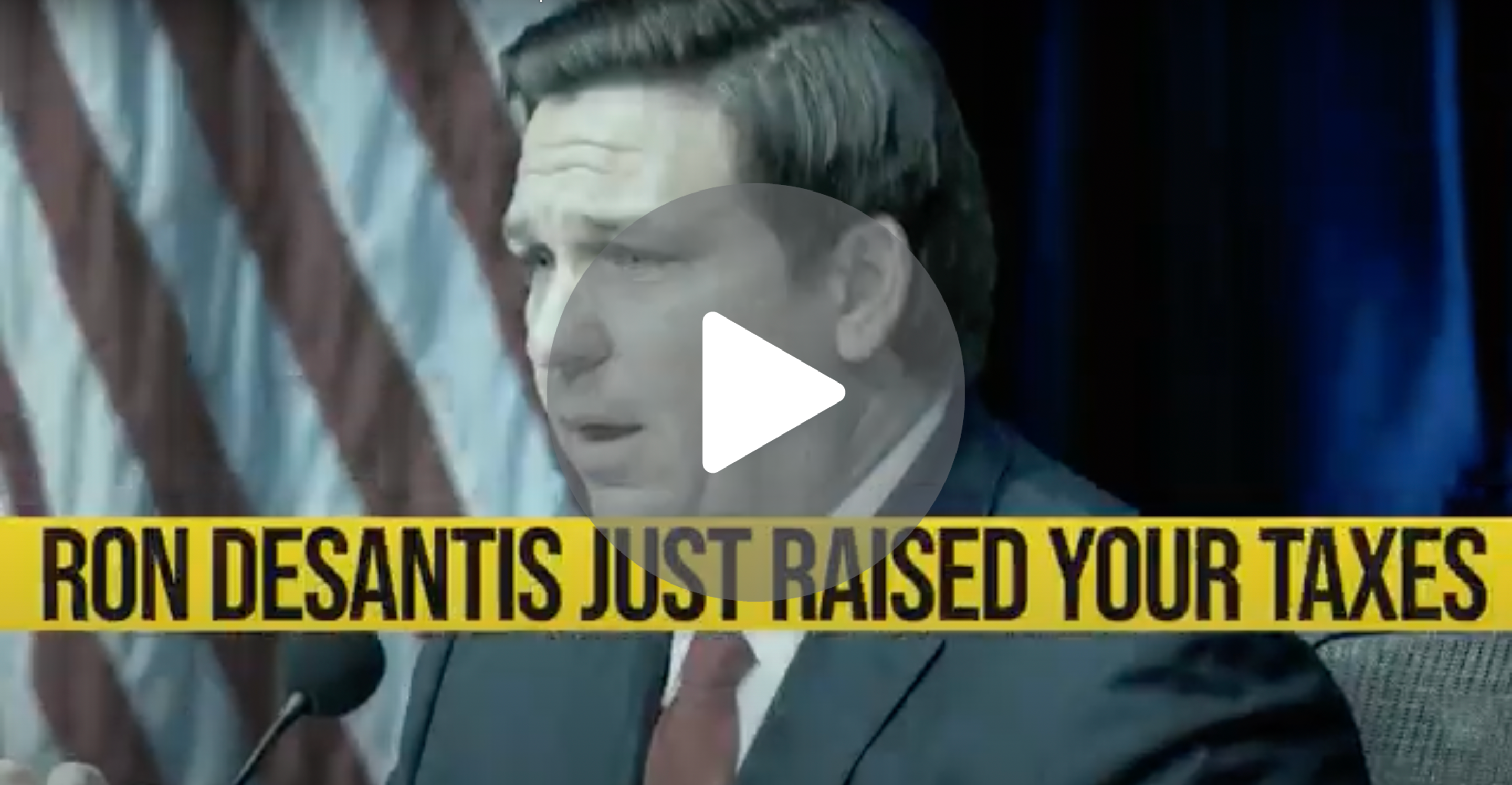 The new law (SB 50) will require out-of-state online retailers to collect sales taxes on purchases made by Floridians, and it’s estimated to bring in $1 billion a year in revenue. Rather than using this new tax revenue to invest in Florida’s families, schools, or health care, Gov. DeSantis signed a law diverting all this new revenue into one big business tax giveaway.

This new tax continues a pattern of Republicans putting the interests of their campaign donors and big businesses before everyday Floridians. The revenue from this billion-dollar tax won’t benefit those who are paying it, but instead will allow mostly big corporations, many headquartered in other states, to pay less taxes. The misplaced priorities of Gov. DeSantis and Florida’s Republican leaders continue to benefit corporations at the expense of working families.

Florida deserves leadership that stands up for families and small businesses, not just politically connected corporations.

Share this video to show how Gov. DeSantis is putting big businesses before everyday Floridians.