This is The People's Response 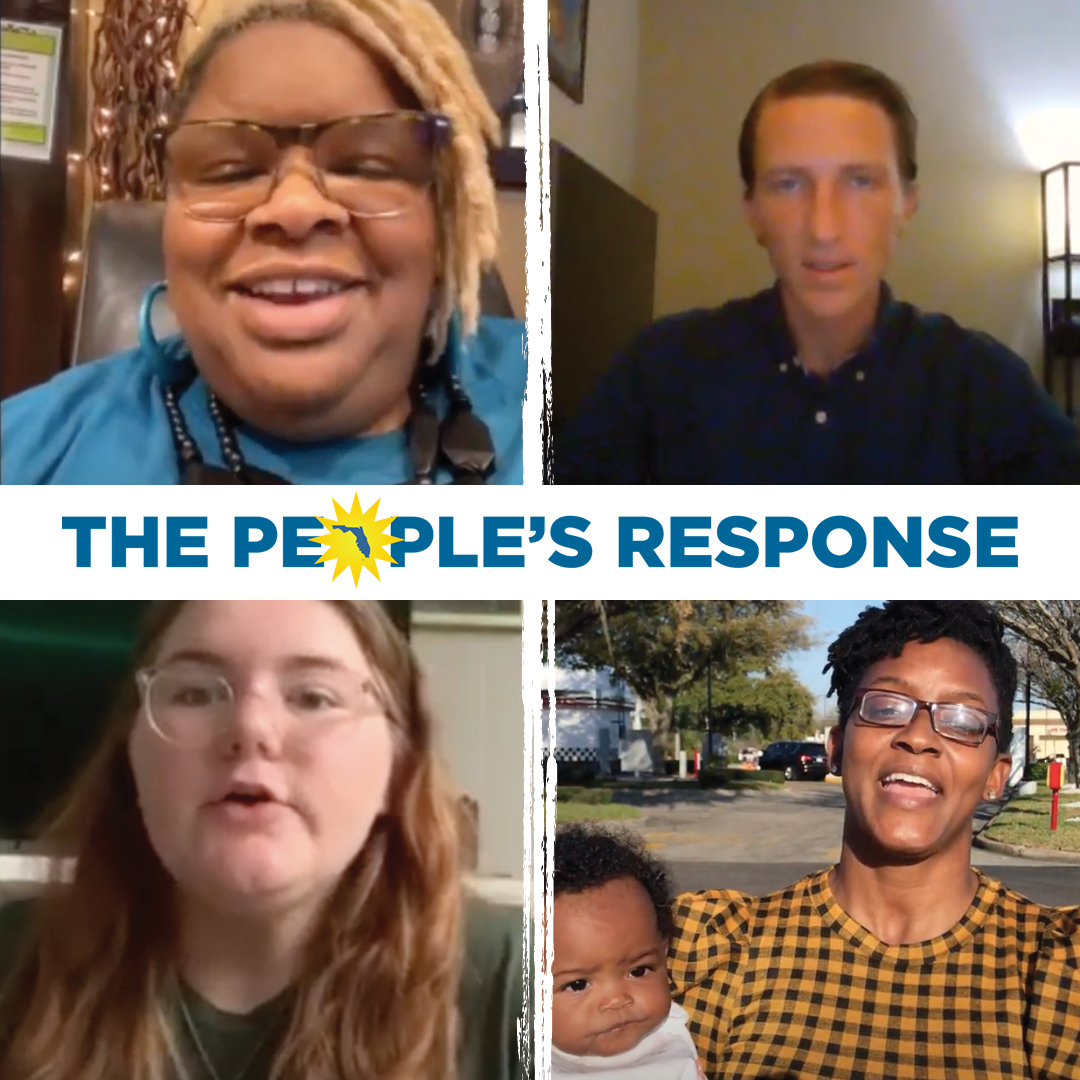 Today is the first day of Florida’s 2021 legislative session.

That’s why we just premiered “The People’s Response,” a video featuring a diverse group of everyday Floridians and progressive champions in the Legislature who are putting forward a people first agenda for our state. They discuss a series of critical legislative proposals that, unlike Gov. DeSantis’ priorities, will tackle the state’s economic and health crises head-on and build a Florida for the people, and not just well-connected campaign donors, lobbyists, and special interests.

The group offers practical alternatives to the policies of Gov. DeSantis and his legislative allies across a broad range of issues: unemployment safety net, minimum wage, affordable housing, health care, and the state budget.

Watch the video here. After you watch it, we’re asking you to take two actions:

Thank you for all you do to lift up the voice of everyday Floridians.

P.S.: If you’d like to help us promote the “People’s Response” on Twitter, we’ll be using the #PeoplesResponseFL hashtag.