Billionaire land developers are looking to cash in on their big campaign contributions to Florida’s legislative leaders. As I write this, they’re working furiously to pass one of the biggest land grabs in decades, threatening large swaths of natural Florida in the process. As a Progress Florida supporter, your voice is needed to stop this boondoggle of a scheme to add three major new toll roads through rural Florida.

Join the fast growing opposition throughout our state to the Billionaire Boulevard by adding your name to this petition to Florida’s state legislators now.

Florida Senate President Bill Galvano (R-Brandenton) has made it one of his top priorities to spend billions of taxpayer dollars to build three new major toll roads through rural parts of Florida. 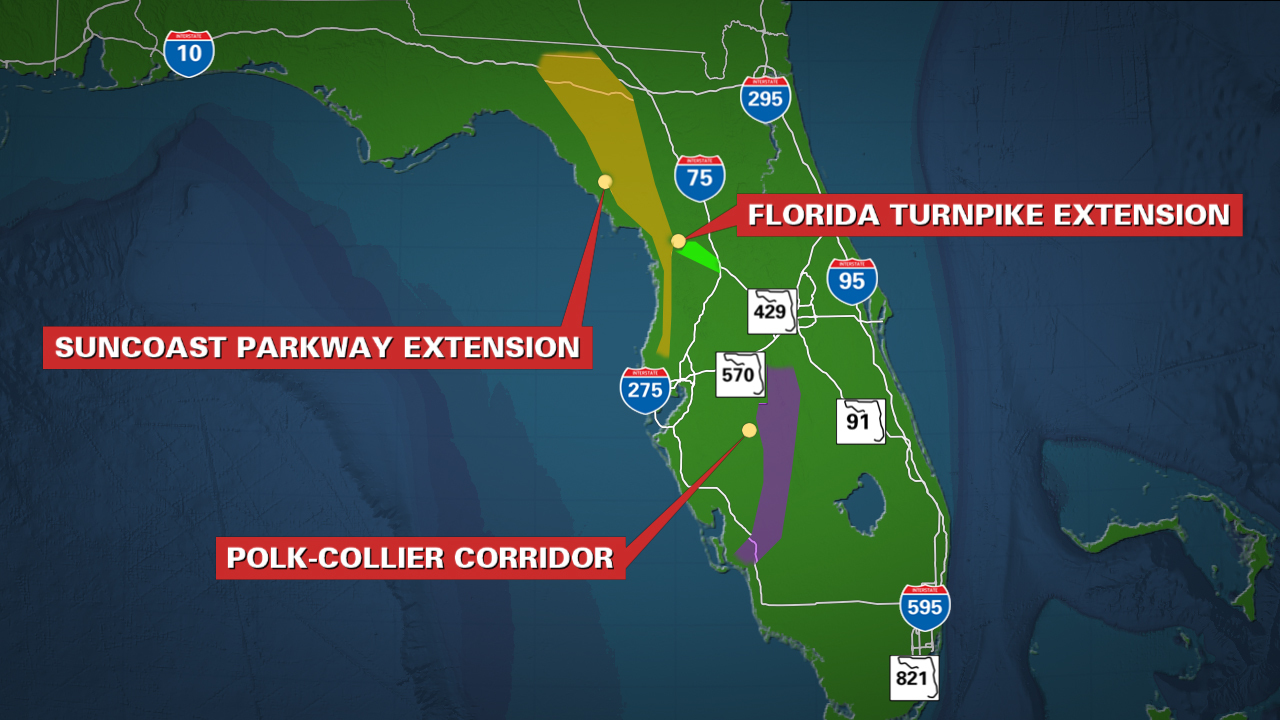 Everything is wrong with this plan. Florida simply does not need more asphalt industry-backed rural toll roads and the numerous problems they bring: more traffic, more pollution, and more threats to our springs, lakes and rivers. These toll roads aren’t just roads - they bring additional sewer and utilities infrastructure as well. This is a recipe for out of control urban sprawl that will further strain our state’s water resources, contribute to climate change, and wreak havoc on wildlife and wilderness.

And who stands to benefit? Not everyday Floridians. Big money cynically drives much of Florida’s current politics, and this terribly destructive and shortsighted scheme is no exception. As the Florida Phoenix reported last month, Thomas Peterffy, Florida’s richest man and significant Republican campaign donor, not-so-coincidentally owns significant tracts of land in areas where these toll roads would likely be built.

Stop the Billionaire Boulevard: sign the petition to Florida’s legislators right now. Let them know you oppose this shortsighted and destructive scheme that would ruin large portions of the Florida we love.

Florida belongs to all of us. Our state is not the personal private playground for billionaire campaign donors and their disastrous proposals that only enrich themselves.

Thanks for standing up for our Florida.