“Big Sugar supporters hiring actors to pretend to protest is pathetic,” said Progress Florida Executive Director Mark Ferrulo. “Someone should ask who is paying for artificial sweetener to make polluting the Everglades and our drinking water easier to swallow.”

Please see the below screen grab of a Broward Acting Group’s Facebook post offering to pay for pretend protesters to back Big Sugar’s attempt to get out of the land deal they made with the State of Florida. 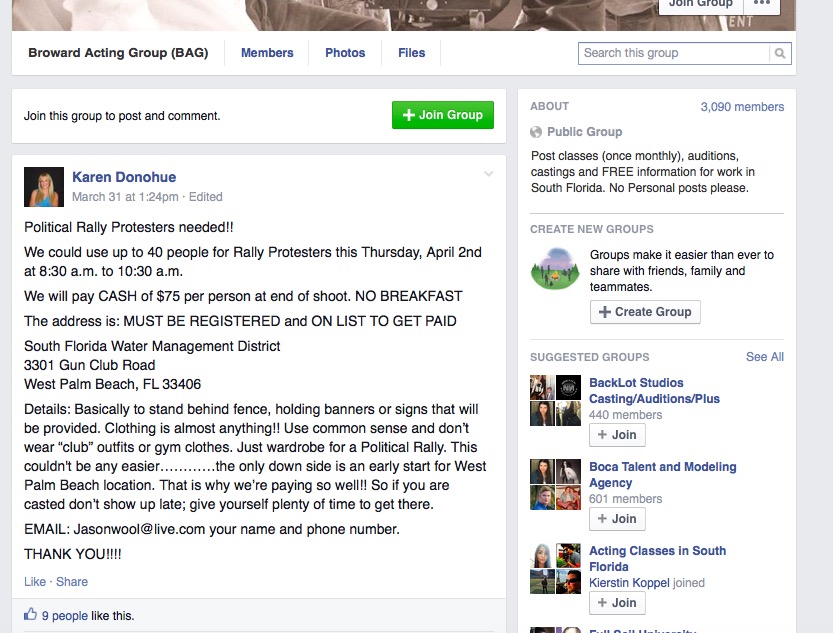 Who exactly is paying the fake protesters? Inquiring Floridians want to know.